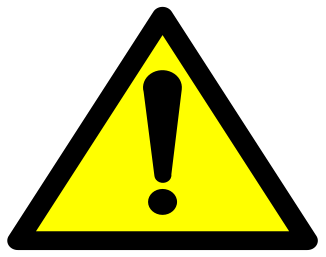 customers are viewing this product

Note: Supercharger Pulley, Belt Drive System, Heat Exchanger, Cold Air Intake, Throttle Body, Heat Exchanger, Intercooler Reservoir, Intercooler pump and all hoses for the intercooler system ARE NOT INCLUDED.  For over 18PSI, be sure to upgrade to a 10 Rib System!With the new direct-injection setup on the 2018 Mustang GT, Whipple Superchargers had their work cut out to make a blower that was incredibly efficient while also fitting within the application. This was when the Gen 5 3.0L that we have come to love was born. The 2018s were making insane power, even mostly stock setups (we made 755rwhp in our 2018 Mustang GT with 93 octanes). Whipple knew they needed to adapt the Gen 5 rotor technology into other platforms. SO THEY DID. First releasing the Gen 5 3.0L for the 2011-2017 Mustang GTs and then the Cobra and GT500 setups.And now, it’s time for Whipple to step up the game even more with their new Gen 5 3.8L setup for the 2011-2021 Mustang GT / Boss 302 / Shelby GT350!The Gen 5 3.8L Whipple Supercharger will carry similar features to the 3.0L Whipple. It has all new bearings, gears, rotors and housing that allow the new supercharger to spin faster, longer and safer while producing more power than any other positive displacement supercharger ever built.Compared to its little sibling, the 3.8L supercharger will have an improved rotor profile, increased volume, improved sealing and increased efficiency. The 3.8L will also feature a new inlet design with two pieces, allowing easier access for the rear bolts, spark plugs, and other items that previous models made challenging to access.In testing, the 3.8L has a roughly 6% increase in isentropic efficiency compared to the 3.0L.Uh, wtf does that mean? Isentropic efficiency of a compressor is the ratio of actual work vs the work at isentropic conditions. An Isentropic process is basically an ideal thermodynamics process. Isentropic efficiency in laymen's terms would compare the output in actual conditions vs the ‘ideal’ conditions. /thermogenic lesson)SIDE-BY-SIDEWhen looking at side-by-side photos of the housings and rotors of both the 3.0L and 3.8L Whipple superchargers, you can see that the designs are similar except that the 3.8L is much larger. Also, compared to the larger volume 4.0L, the 3.8L is slightly taller. However, it is roughly 60mm shorter (just over 2 inches), giving it some serious girth while not taking out your firewall in the process. Who doesn’t love some girth?APPLICATIONS??So who is it for?! Short answer, almost everyone in time. The first kits being produced will be for the 2007-2014 Shelby GT500s to replace the 4.0L and 4.5L kits. The expected ETA on their release is the end of May/beginning of June. This supercharger will fit under the stock hood using an engine lowering kit (similar to that of the 4.0L and 4.5L currently). Whipple has also mentioned that the 3.8L will be more efficient and powerful than the current 4.0L supercharger (size doesn’t always matter, guys!).After that? Whipple will have 3.8L supercharger kits for the 2011-2020 5.0L Coyote platform, including the F150! The Coyote Mustang kits will be inverted with a LARGE intercooler for increased cooling. The 2020 Shelby GT500 kits will be out at the same time. (Maybe we will have our car by then! LOL)Other models in the lineup to be offered including the Hemi 5.7L-6.4L, the GM LS and LT models and GM Big Blocks.